Just 3% of Scottish electors will vote for Alba, according to the Survation report, which is the first to gauge support for the new party. According to leading polling analysts, Mr Salmond's party would require at least 5% of the vote to gain seats under Scotland's regional list scheme.

Former SNP leader and Scottish First Minister Alex Salmond is attempting to secure a “supermajority” for democracy, but polling indicates that his party will fail to win even a single seat in parliament. Mr Salmond’s comeback party, which he announced last Friday, received poor support according to a Survation poll conducted for DC Thomson newspapers.

In the first polls on the party, only 3% of respondents said they would vote for Alba, and seven out of ten (71%) said they did not like Mr Salmond.

The death of Elizabeth II: the rise of independence in Wales

With his political aspirations, well over half of those polling think he is “hindering” the independence movement.

This reflects widespread suspicion of Alex Salmond’s argument that his new party could “assist” attempts to wrest Scotland from the United Kingdom by encouraging more MSPs sympathetic to the cause to be elected through the regional list scheme. 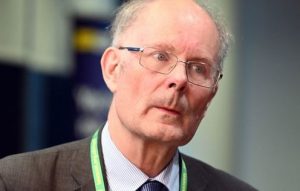 He told the Courier: “It looks as though it’s all over for Alex Salmond, though he might just get a seat in the north-east himself … But this is not what he needs if he is going to get his campaign to take off.” Nearly half of those surveyed (49%) said they would opt for Nicola Sturgeon. As Scottish politicians plan to campaign, this is the first poll to look into the future effects of Alba.

Even with SNP’s  electoral dominance in constituencies, it has not gained many additional MSPs via the provincial list in recent elections. According to a Survation poll, the SNP won 49% of the vote in the constituency, while the Conservatives received 21%, Labour 20%, and the Social Democrats 9%.

On the regional list, the SNP has 37 points, Labour 19, the Conservatives 18, the Greens 11,  the Lib Dems 8%, and Alba 3%. The results are expected to place Ms Sturgeon’s nationalist party on the verge of gaining a majority. 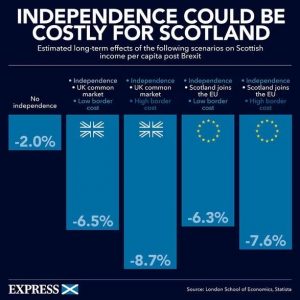 Responding to the poll results, the Scottish Tories said only they “have the strength to stop an SNP majority” and “push for another independence referendum.”

A spokesman said Alba was “trying to game the system for an independence supermajority and they must be stopped.” However, an Alba spokesman appeared adamant, stating that the party’s popularity would only rise in the coming weeks. He said: “These early indications put Alba within touching distance of representation across Scotland.

“With five weeks to go before election day, Alba’s popularity can only grow.

“It is worth recalling that Alba has now surpassed half of the popularity of the Liberal Democrats, a party that has existed for over a century, in just three days.”

The 2021 Scottish Parliament election will be held on 6 May.

The opponents of independence can lose no time in opposing the current Alba Party, which Alex Salmond has said could have a “supermajority” for an independent Scotland, according to David Mundell, who served as Scottish Secretary in Theresa May’s cabinet.

Alex Salmond has been accused by pro-union leaders of “gaming the system” by attempting to gain seats in Holyrood by using a portion of the electoral system intended to make the final vote more inclusive.

Still, according to Mundell, dissatisfaction with Salmond’s tactics does not deter pro-union voters and lawmakers from standing up to him.

“The important thing people have to grasp is that the threat he poses is real,” he said. “The system is as it is, so whether he’s gaming it or not is not key. The key is that he and his party present a real and present danger to bringing about an independence election and it has to be stopped.”

In the aftermath of Alex Salmond’s surprising speech, his presence shows that the Conservatives are now mobilising to consolidate the pro-union vote. Anyone who did not want an “independence vote inside months” should support the Conservatives, according to Mundell. However, a recent poll conducted before the Alba Party was formed indicated that the Conservatives might end up as the third-largest political party in Holyrood, overtaken by Labour.

Douglas Ross, the head of the Scottish Conservatives, called for immediate negotiations with the heads of the other pro-union parties yesterday. He said that pro-independence groups were attempting to “game the system” in order to ensure that “our parliament and the priority of the next five years is entirely on independence, rather than our recovery.” In terms of electoral collaboration to increase the number of pro-UK MSPs, he said “nothing is off the table.”

Ross’s politics are “far too dark and divisive” according to Alistair Carmichael, the Scottish Liberal Democrat party chair. “As a football referee, Douglas Ross has a knack for uniting the fans of opposing teams. As a party leader, he seems to do the opposite.” Scottish Labour leader Anas Sarwar said Mr Ross “needs to grow up.”

Meanwhile, the pro-independence cause was engulfed in a civil war, with SNP MP Kenny MacAskill being the first influential serving figure to defect to Salmond’s Alba. Ian Blackford, the SNP’s Westminster chairman, described his departure as “somewhat of a relief.”

“He has been an increasing embarrassment to many in the SNP,” he said. “That he is joining a party with serious questions to answer about its leader’s suitability for public office is no surprise. He should now resign his seat in the House of Commons to let a by-election take place.”

Salmond dodged repeated concerns about his suitability as a political leader and his past handling of female employees at Alba’s launch event last Friday. This came after testimony sent to a Holyrood committee revealed a pattern of collusion surrounding his potentially unethical behaviour while in office.

The death of Elizabeth II: the rise of independence in Wales

What effect did the Queen's death have on the status of independence groups in the UK? What is the status...

What is Liz Truss’s policy against Scotland after her premiership is an important fact that everyone pays attention to it?...